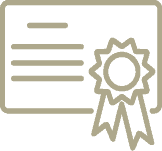 Have a look at these incredible home renovation projects that were short-listed in the coveted 2020 “Don’t move, Improve” contest.

There are 25 projects shortlisted to win this year’s Don’t Move, Improve! contest – an annual awards programme held by New London Architecture (NLA) to showcase “the ingenuity of residential design” in London.

Have a look at the shortlist here…

If you’d like some guidance on your home improvement project, give us a call on 02081917595. Or better still, book a FREE consultation with us and we’ll visit your property, discuss your ideas and share some of our recommendations with no obligation.

Ashton Kutcher surprises his Mum with …a basement

We love this story… it’s not only heart-tugging from a mother-son perspective, but for us, as specialist basement conversion experts, it’s even more exciting.

With the help of Houzz and an interior designer, Ashton converted a dark, dingy space into something truly spectacular for his mother.

Read how and what he did with his parents’ basement in this article.

And… if you’d like to see his detailed video diaries… Here they are…including his mum’s reaction to her fabulous new basement conversion.

Surprising your mum with a new basement isn’t possible for everyone [Symbol], but have you thought of converting your basement into a space that you’ve always been dreaming of… perhaps a cinema room, a gym or even a swimming pool?

If you’d like some advice and suggestions on how and where to start, give us a call. Basement conversion are ‘our’ thing. We’d be happy to have a chat … with absolutely no obligation… literally just a chat on what your options are.

If you’d like some guidance on your home improvement project, give us a call on 02081917595. Or better still, book a FREE consultation with us and we’ll visit your property, discuss your ideas and share some o our recommendations with no obligation.

How do I make sure my basement is well ventilated?

Ventilating your basement, whether you are in Fulham, Knightsbridge, Kensington, Wandsworth or anywhere in the London or the UK is one of the most important considerations when converting your basement into a habitable, living space.

Basements, given their location in the property, are known to be damp, mouldy spaces, characterised by unpleasant odours and mildew and moisture problems.

The science behind it is that moisture from the earth seeps into walls and floors. When this cold moisture collides with warmer basement air, condensation develops. Excessive condensation creates a musty smell and becomes a breeding ground for mould and mildew spores.

According to the Basement Information Centre in the UK, building regulations require the provision of ventilation to all basements (heated or unheated) to adequately control moisture vapour, whether it is generated internally or brought through from the structure.

For spaces with anticipated high levels of humidity, such as utility rooms, bathrooms or gyms, mechanical ventilation is essential.  Ventilation should be directly applied to exposed external walls where possible i.e. not through the basement retaining walls.

So, what are the key irritants that a good basement ventilation system combat?

Moisture in your basement air can be influenced by the outdoor air moisture, first-floor moisture, soil air moisture, and the HVAC systems connected to your house.

You can generally tell if your basement has a high degree of moisture if it smells musky, damp, or just feels more humid than the rest of your home. If you are unsure, take a look at the walls, floors, and corners to check for moisture spots. You can also try to find any condensation on surfaces throughout the basement.

A damp basement can lead to unpleasant smells and climate for mould growth. Moisture is the most common reason you should ventilate your basement, as nearly all homes in all climates are vulnerable to its effects.

Mould can cause allergic reactions and pose a health hazard to the occupants of a home.

The symptoms of mould can be hard to distinguish from common cold symptoms, so homeowners often don’t realise the extent of their mould problem until it has grown.

If anyone in your home has persistent congestion, throat irritation, coughing, or eye itchiness, it could be said mould might be the cause of the problem.

Moisture solutions generally tend to work as mould solutions. It is important not only to clean up the current mould build-up but solve the moisture at the source. If the moisture is not resolved, this issue will keep on reappearing. Basement ventilation solves both moisture and mould problems at once by dispersing the air carrying them out of your home.

Radon is a dangerous invisible toxic gas, and the second leading cause of lung cancer in the United Kingdom. The gas is released from the decomposition of uranium in soil and rocks, meaning basements are particularly susceptible to it.

Most people are exposed to small amounts of radon all throughout the day, and basements as well as other underground structures are more prone to higher radon levels. Although it is rare to take the uranium out of the soil around the house, you can minimise its effects through proper ventilation.

We understand that this can all get very technical. As basement conversion specialists, we make sure that this is not your problem.

We take care of  ‘all things basements’ - Click on the link to download our Free Basement Conversion Guide where you’ll find some of our most inspired basement conversions and general advice and tips on what you could do for yours.

Give us a call if you’d like to discuss your basement conversion plans. We can be contacted on 0208 191 7595 or email us at enquiries@sdabuildlondon.co.uk to discuss how we can help.

Let there be light… in your basement

The word ‘basement’ often conjures up images of darkness, dinginess and fear… well, if you are a movie buff that is. However, in our world, basements are literally a dream come true.

They are a symbol of luxury with basements being converted into spaces such as cinema rooms, swimming pools, gyms and family rooms… a far cry from the images of darkness often depicted in the movies.

In London particularly, in areas such as Fulham, Chelsea, Kensington and Knightsbridge, basement conversions are a source of pride and envy amongst friends and family; each one grander than the next.

One of the most important, but sometimes overlooked aspects about basement conversions is lighting. Given, it’s position within the home, both literally and figuratively, basement lighting needs to be a well-thought out plan.

If you are converting your basement, we recommend working with your lighting designer and builder to create a lighting plan that suits the purpose of the room, whether it’s a TV/Cinema room, gym or wine cellar.

Basements, by virtue of their location, do not get much natural light. One of the key factors when designing the lighting is to understand where there is, if at all, any natural light and how to best make use of it and maximise its impact within the space.

On a slightly technical note… although your lighting designer and builder will know this, it’s always good to know a little something yourself

Ceiling lights are normally recommended to create enough light for a dark space. Explore ways of getting light into the ceiling through wall lights or coffer details. Often, washing the walls with light will help the space feel light and bright.

That leads on to the colour of the room. If your light is designed to reflect the walls, to “wash the room,” think about using lighter colours for the walls. Lighter colours reflect light better, especially if your basement does not get much natural light,

LED lights are usually the most commonly used as they are both energy efficient and bright.

It’s important to think about making basement lighting flexible and this can be done through a combination of adjustable fittings, lighting tracks, spotlights and 5 amp sockets for floor and table lamps.

Discuss using multi lighting circuits with your electrician and lighting designer to ensure this flexibility.

Another way of being creative is to use coloured lighting to emphasise the main features of the room particularly a gym or cinema room. But be careful not to overdo it or your home can look like a seedy nightclub.

With limited ceiling heights, basement conversion lighting needs to be clever and well-designed. Whilst you may have a good idea of the lighting you want in your basement; we recommend you consult a building team (like us[Symbol]) who work with an experienced lighting designer to transform a dark space like a basement into something truly spectacular. You never know what clever solutions we can come up with.

Give us a call if you’d like to discuss your basement conversion plans and how lighting might work to enhance the look and feel of the space. . We can be contacted on 0208 191 7595 or email us at enquiries@sdabuildlondon.co.uk to discuss how we can help.

And the winner is…

We thought we’d start the new year with some inspiration… Every year, The Daily Telegraph and Homebuilding & Renovating team up to find the best individual homes the UK has to offer, from the finest self builds to sensitive renovations, brilliant extensions and imaginative conversions – and importantly, to celebrate the achievements of their homeowners.

If you’d like some guidance on your home improvement project, give us a call on 02081917595. Or better still, book a FREE consultation with us and we’ll visit your property, discuss your ideas and share some of our recommendations with no obligation.

Start a Project
Book a free consultation and share your design ideas with SDA and the team. Please fill out the form below and we’ll call you back to fix a suitable time.